The BNVCA notes that the Palestine Vaincra Collective, whose dissolution has been suspended, continues to be active, including at the University of Toulouse Mirail 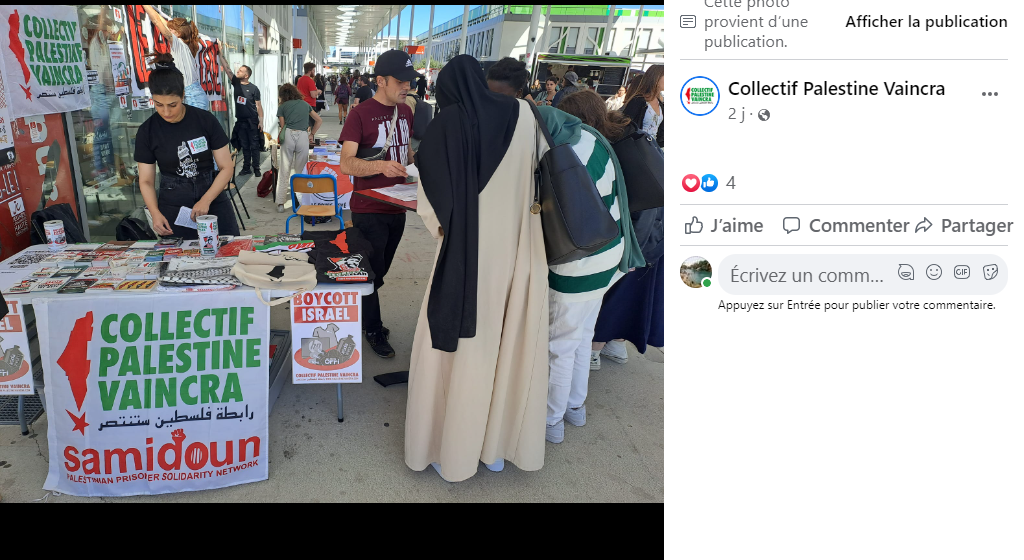 The BNVCA sees the Palestine Vaincra Collective, whose dissolution pronounced on March 9, 2022 was spended by a decision of the Council of State, continue its work of delegitimization and hatred of Israel, which pushes for the anti-Jewish act. Toulouse more than any other city knows. Shamelessly thanks to the suspension of its dissolution.

The attached photo taken at the University of Mirail, renamed Jean Jaurès, highlights the rapprochement made with Samidoun who claims to be a network of solidarity for Palestinian prisoners. This organization has been designated as terrorist by Israel, being an integral part of the Popular Front for the Liberation of Palestine (PFLP), a terrorist organization designated as such by the European Union, the United States of America, Canada and Israel. This organization also plays an important role in the  PFLP’s anti-Israel propaganda efforts, fundraising and the recruitment of activists.

The BNVCA questions the responsibility of the Council of State which allows activists to advocate the disappearance of the State of Israel, as displayed by the logo of the Palestine Vaincra Collective which “from the Sea to the Jordan” leaves no room for the State of Israel.  At a time when the Israeli Prime Minister is setting the ability to live in peace as the sole condition for a two-state solution  , these activists continue to ignore the word peace.  The BNVCA notes the responsibility of the Council of State in the continuity of the damage caused by this Collective still active and waits for the dissolution to be finally confirmed 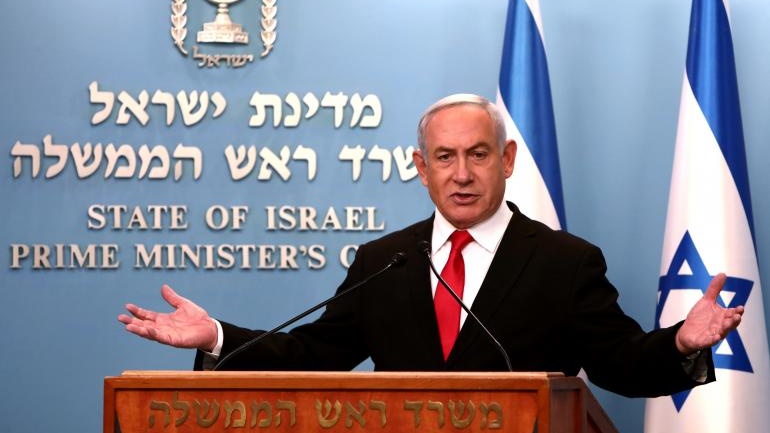