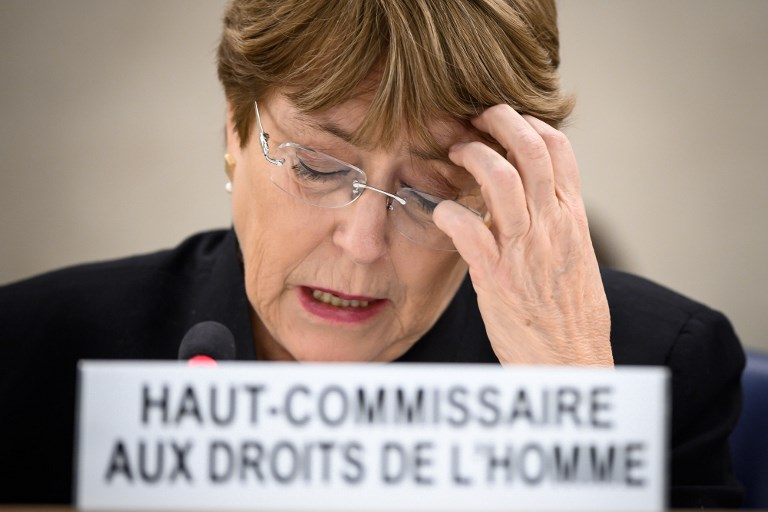 The National Office for Vigilance Against Antisemitism, BNVCA, denounces and condemns the UN discriminatory bias against the Jewish state of Israel. Israel was condemned 17 times in 2020, against 6 convictions for the rest of the world, including Syria, Iran, North Korea, etc … Obviously the small Jewish country is accumulating the ire of the nations of the world or at least of the Arab-Muslim world which has an automatic majority in this illustrious enclosure.

Numerous correspondents and Internet users express their indignation at the scandal perpetrated by the United Nations High Commissioner for Human Rights, who declared Thursday that Israel's deadly strikes on Gaza “could constitute war crimes”

Michelle Bachelet said her office verified the deaths of 270 Palestinians in Gaza, the West Bank and East Jerusalem, including 68 children, in the violence this month.

Obviously, the 5,000 deadly and destructive missiles intentionally launched at Israel's Jewish civilian populations seem to worry her less, the lynching of Israeli Jewish citizens, the deaths of many, the burning of synagogues, no more.

The BNVCA understands that if, in the absence of the Iron Dome, Israel had suffered thousands of deaths, the situation would have been different. The United Nations, like so many others, still prefers dead Jews to be commemorated.

We are now entitled to think that the values of the United Nations are reversed. It is clear that this international body protects Islamist terrorism as long as it attacks Jews and the Jewish state.